About Us History Milestones 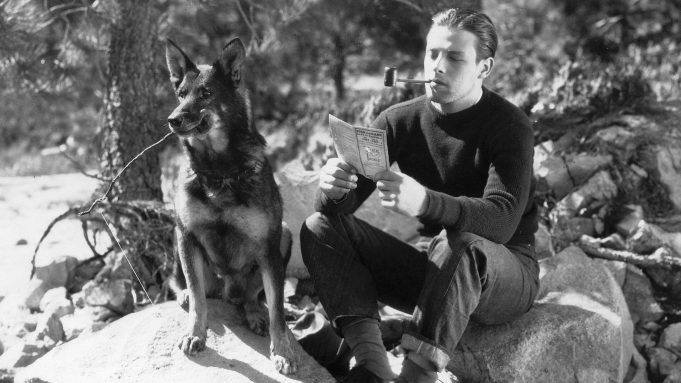 Animals have been a part of the history of film since photographer Eadweard Muybridge first captured the sequential image of a horse. Although this was a scientific experiment to prove that during a horse’s gallop all four hooves were off the ground, it opened the door to an unstoppable entertainment phenomenon. This pioneering work on animal locomotion in 1877 and 1878, used multiple cameras to capture action in stop-motion photographs. Muybridge also developed the zoopraxiscope, a device for projecting motion pictures that pre-dated the flexible perforated film strip used in cinematography.

While the French led the way by inventing the moving picture projector in 1894, America quickly became preeminent in this new entertainment medium. By 1903, moving picture theatres in the form of “nickelodeons” dotted the country, and the Warner brothers – Jack, Sam, Harry and Albert – opened a string of such theatres throughout the Midwest. Hollywood solidified its role as the epicenter of this new industry between 1900 and 1919. A group of visionaries including Jesse Lasky, Carl Laemmle, Cecil B. DeMille, D.W. Griffith, Adolf Zukor, William Fox and the Warner brothers, founded the West Coast studio system that stayed largely intact and in control through the latter years of the 20th century.

A voracious public paid five cents to see one-reelers, but they didn’t have to wait long for the full-length melodramas, “horse operas” and comedies that soon followed. The 1914 release of D.W. Griffith’s Birth of a Nation hailed the beginning of feature length films. The most popular moving pictures of the early decades were historical and biblical epics and Westerns that provided audiences with thrilling action and drama. Early films may not have had color or sound, but many featured live animals.

In 1905, film’s first hero dog appeared in Rescued by Rover, a British silent picture. Rin Tin Tin made his smashing debut in 1924, bailing Warner Bros. out of a financial fiasco and also became known as “the mortgage lifter.” The early days of Hollywood filmmaking were marked by on-the-job-training at almost every level. Old cowboys became stuntmen and wranglers, and the animals used in movies were as untrained as their human counterparts.

When allegations of cruelty against movie animals first cropped up in 1925, American Humane established a committee to investigate and advocate on the animals’ behalf presenting a report at its 1925 annual meeting.

By 1930, when movies incorporated both color and sound, the industry established a censorship board in the form of the “Code of Production” under the auspices of Will Hays and the Motion Picture Producers and Distributors Association. The MPPDA created provisions that included the humane treatment of animals used in films. By 1937, however, American Humane was convinced that the directives were not being followed and sought to begin a program of oversight in California, but lack of funding was a deterrent (see Excerpt from the National Humane Review- May 1938).

Although animatronics made a spectacular debut in King Kong in 1933, horses remained the prevalent animals in many movies.  Audiences have always adored the action genre, and early filmmakers obliged by putting horses into perilous situations for dramatic effect. High-profile actors began to advocate on behalf of their animal co-stars. In 1935’s production of Charge of the Light Brigade, mega-star Errol Flynn criticized filmmakers who continually subjected horses, and their riders, to perilous action sequences. But in 1939, when director Henry King sent a stunt rider and horse over a 70-foot cliff and into a raging river for the film Jesse James enough was enough.  The rider lost his hat; the horse lost his life.  American Humane led a massive protest against the film and opened a Western Regional Office in Hollywood to more vocally advocate on behalf of animal actors. Following an agreement reached with the MPPDA in 1940, filmmakers had to consult with American Humane on all films using animals and allow the organization to go on set to supervise all animal action.

No one knows how many animals suffered injuries or gave their lives to this new art form, but American Humane gave notice that abusing animal actors would no longer play a role in filmed entertainment.