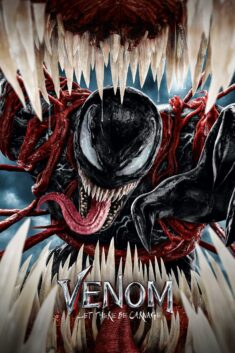 In the scene where we first see the actor in his apartment with the chicken standing on the table, prior to filming the chickens were brought to set in a small dog carrier with straw bedding and a water bowl. On action the bird was allowed to behave naturally. The handler was able to stand out of shot less than a foot away and could easily run in if needed. After filming, the chickens were placed back in their carrier case. These same precautions were taken for most of the scenes in the apartment with the chickens.

In the scene where the actor goes to get his mail in his apartment building and encounters a woman with her dog in her purse, prior to filming the trainer placed some towels in the bottom of the purse. He then placed the dog inside the purse. The rolled towels provided sure footing for the dog. The towels also lifted the dog high enough to be captured on camera. The trainer stood near the camera. Basic action with dialogue.

In the scene where Eddie fights with Venom in the apartment and Venom throws things around furiously with the chickens in background, the chicken was placed on the kitchen counter and put some corn on the counter to encourage her to stay. She seemed very comfortable in this position and remained relatively still and eating corn for the duration.
On action the fridge was pulled over by “invisible” wires. It made a loud bang, but was muffled somewhat by rubber matting. The chicken hardly reaction. On cut the handler came in and secured the bird back in the box until rolling again.

In the scene where Eddie threatens to throw the chicken out the window and picks it up then places it back down, prior to filming the chickens were brought to set. One of them was placed on the desk. On action the actor argues with “nothing” (Venom was added in post-production), while standing next to the desk with the chicken on it. The actor then picked up the bird as he was shown to do by trainer, holding him under the wings. He brought the bird up to his face slightly but kept the bird still for the most part as he held it. The actor then gently placed the bird back on the desk.

In the scene where the actor lies on the beach with an iguana, this was filmed on stage. Prior to filming, the iguana was brought to set from the trainer’s car in an appropriate plastic container. On stage, a heated tent was supplied to help regulate the iguana’s body temp. Only directly before filming was the iguana brought out of the tent in the box to the side of the set/sand box. The trainer took the iguana out of the box and walked up to place it on the sand set. A second trainer was positioned at the other side of the sand box to help with capture if necessary. On action the actor was talking and the camera crane rolled in towards him which ultimately took the iguana out of frame.