After more than thirty years of service as one of the Navy's top aviators, Pete Mitchell is where he belongs, pushing the envelope as a courageous test pilot and dodging the advancement in rank that would ground him.
Full Certification 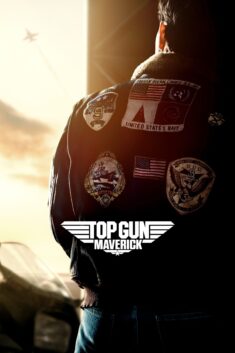 the scene where the actor walks into the bar and talks to the bartender, and we see a dog lying down on the ground, the trainer walks dog onto the set and places him on a stay in a pre-designated spot. Dog does lay down and stay in its place. Trainer stands behind camera and holds dog’s eyeline. Actress enters frame, walks over to dog, and engages with dog. Dog holds the down/stay for the duration of the take.

In the scene when two cars pulls into airplane hangar, and girl gets out of car with her dog on a leash, the dog was always kept on a leash The dog was placed on the floor in the front passenger seat of the Porsche because there was plenty of room with the seat pushed all the way back and the dog had to jump out of the car with actress once it was parked. Prior to shooting, the trainer stood outside the car at point A and the other trainer stood at point B next to the camera. The car drove about 200 feet at about 20mph and would then park in the hangar next to a parked plane. The actress sitting in the front passenger seat held the dog Jones by his leash and collar. As the car parked and shut its engine off, she got out of the Porsche along with the driver and called the dog along with her and lead him by his leash. The dog would follow her along as they said hi to people.

In the scene when Maverick rides motorcycle and pulls into driveway, where we see kids playing with a dog, the dog was well-suited to the action. The trainers were competent. The dog was provided with an area near set, away from the working crew, where the dog waited to work with a bowl of water and a blanket. The path from the transport vehicles to set was free of hazards and debris. The set was a comfortable working temperature for the dog.