Peter Parker is unmasked and no longer able to separate his normal life from the high-stakes of being a super-hero. When he asks for help from Doctor Strange the stakes become even more dangerous, forcing him to discover what it truly means to be Spider-Man.
Full Certification 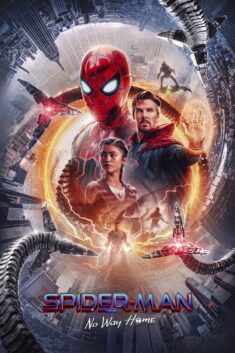 Prior to filming, the trainers walked the dog to set and introduced her to the stunt driver, the actor, and the actor’s stand-in. The actor and the stand-in gave the dog treats. The trainers placed the dog into the backseat of the car and practiced the barking action several times. The dog sat on the driver’s-side back seat looking out through the open window. The scene began with Peter Parker standing on top of a car in bumper-to-bumper traffic as if looking for someone. He jumped down and started jogging down the street looking into the cars on his right and left. The cars inched forward very slowly. He was followed by a camera on a small vehicle and filmed from the side by a camera car that moved parallel to the actor between the road barrier and the opposite lane of traffic. When Peter got within a couple feet of the car the dog was in, trainer Chelsea cued the dog to park using verbal and hand commands. The dog stuck her head out the window and barked as Peter ran by. When they finished filming, the trainers took the dog out for water and a break.