A long time ago in a distant fairy tale countryside, a young girl leads her little brother into a dark wood in desperate search of food and work, only to stumble upon a nexus of terrifying evil.
Full Certification 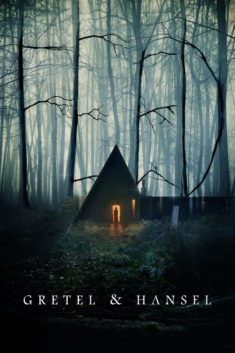 All horseback riders were stunt riders or experienced actors who were skilled at riding, mounting and dismounting. All running/galloping scenes were well choreographed, and actors used caution while on and near animals. The horse(s) rearing was a trained behavior. The horses were specially trained “falling horses” and “lay down horses” that fell on cue onto a soft landing area. Whenever horses were seen tied to posts/fences, they were attached to lead ropes tied to posts.

In the scene when the actor approaches the tree with the horse nearby, the horse was fit and shod. A vet was on call within minutes of the location. The horse was walked to the set from its trailer by the groom. The horse was standing with a lead rope tied to a stake hidden behind one of the branches of the fallen tree.

When we see the actor walks the horse up a rocky incline, prior to filming the scene the handlers rehearsed the route before filming it. On action, the actor walked the horse and stopped at his mark.

In the scene where the horse collapses on the ground, the horse was trained for this kind of action. He fell onto a soft leaf covered peat bed. The moss peat is a dry, light peat which gives an excellent soft surface for the fall. A Vet was on call within 15mins of the location.

In the scene where the horse drawn wagon pulls up into a forest and the actress gets inside the wagon, the horses were working competition horses used to pulling wagons and carriages. The route was safe with no holes or trip hazards. A chock was used behind the rear wheels when the horses are hitched on set but resting. The horses pulled the carriage along its dirt track.

In the scene when the cat crawls over the boy’s face, the cats were inside a set. The studio doors were closed when the cats are working. On action, the handler placed the cat on the bed in the foreground with the actress on the second bed in the background. The trainer held the cat until the last moment then moved off camera. The cat moved over the actor’s face naturally.