Friends untangle the story of the Bye Bye Man, a mystical creature which turns out to be real.
Full Certification 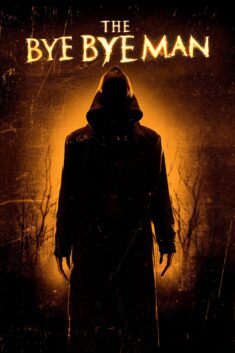 In the scene where we see an actor with a dog at a crime scene and the dog barks at the lead character, the dogs were kept separated while waiting to be called to the set. On cue, the trainer would visually cue the dog to bark, which he did.

In the scene where we see the monster at the top of the stairs with the dog which seems to have a lot of tongues and guts on his skin, the dog was wearing a silicon suit that made the dog look grotesque. The suit was covered in rubber tongues and eye balls. The suit was very flexible and comfortable for the dog. There was a special effects gel called methylcellulose covering the suit and the dogs head and legs. The gel was placed on at the last minute. The gel was non-toxic. After shooting the scene, the gel was washed off with warm wash cloths and the dog was bathed after shooting the scene.