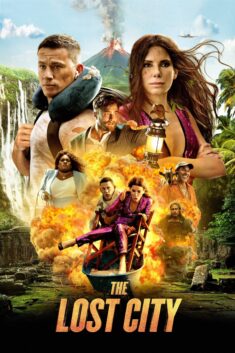 In the scene where two actors are lying on the floor of a chamber with a bunch of snakes surrounding them, prior to filming, wranglers carried all fifty snakes inside their individual bins to set and stacked them at one end of the chamber. This was filmed in an enclosed set which was cleaned. Wranglers placed a humidity and temperature monitor on top of snake bins. Rubber/fake snakes were laid out on the ground leading up to where actors would be lying. Wranglers placed snakes already inside their pillowcases on left side of the floor of chamber between fake snakes. Wranglers removed snakes from bags by carefully pouring them out onto the floor. Wranglers then moved to side off camera. Camera filmed snakes at will crawling on floor. Wranglers placed a plywood barrier next to actor and laid fifty snakes on ground on the other side of actor. The snakes never came near the actors. The additional 38 snakes were placed by additional wranglers on the ground against the wall inside the chamber where camera was set up. After filming, the snakes were taken outside, to an enclosed camping tent with attached bottom. The snakes were cleaned and placed in clean bins with newspaper and water.

In the scene where two actors sit in a cargo plane with several animals in the background, including goats, chickens, reptiles and birds, they filmed on a set today located on a closed airport runway in the interior of a cargo plane. Air conditioning was pumped into the rear cargo plane to keep temperature comfortable for the animals. Cages and crates were set up for the animals inside cargo holding area of the plane prior to animals arriving onset. Once all animals were loaded into their area, all cage doors were double checked and locked. The goat was walked to set by a wrangler on lead rope. Trainers had inspected all cages on the previous day to ensure all containers had a locking mechanism.