A boy in New York is taken in by a wealthy family after his mother is killed in a bombing at the Metropolitan Museum of Art. In a rush of panic, he steals 'The Goldfinch', a painting that eventually draws him into a world of crime.
Modified Certification 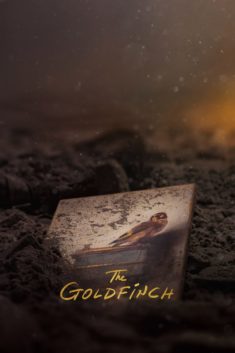 Throughout the film, one of the characters has a pet dog, who is seen performing such mild action as sitting/standing/lying, being held or petted, and walking/running on or off leash. For all of these scenes, trainers used hand signals and verbal commands to cue the mild action, which the trained dog was accustomed to performing. The barking/growling was also a trained behavior.

In the scene where we see the dog running outside jumping around before running back inside the house, the handlers spent a good amount of time prepping the dog. The dog was regularly paid with treats and praised by the trainers. On action the trainer stood off camera, playing with the dog by waving a stuffed toy about to get the dog to circle several times. She also used verbal commands to get the dog to bark.

In the scene where the two actors sit at the dinner table and one of them feeds the dog a piece of meat, before filming the trainers worked with the young actor who feeds him. The boy fed the dog as instructed. When production wrapped the trainers drove the dogs in their carriers back to the hotel for the night.

When the actor sneaks out of the house with the dog in his bag, prior to shooting the trainer placed the dog into the duffle bag with his head sticking out. The dog has had much previous training staying and being carried in this bag. At cut, the trainer took the gym bag and dog from the actor and held it until the next take.