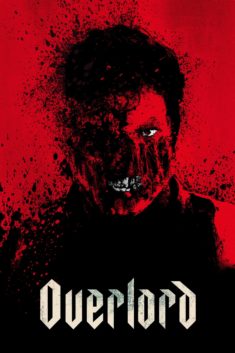 In the scene where the actor lies down near the road, and the dog approaches from the woods, the dog was well prepped and trained. The location was closed off to traffic. The dog had water both on set and in the cages in the transport. Prior to shooting the scene, the trainer walked the dog to the set. She placed the dog at his mark and used a bait stick over the camera to get the dog to bark. After a few takes of the dog barking at the camera, he was rewarded with water and treats.

In the scene where the dog chases the soldier down the road and he jumps in the back of the truck, prior to shooting the scene trainers, AH Reps and production took a risk assessment test of the action. The dogs were transported to a point near to the set and led the short distance by their trainer. They started filming and on cue the trainer released the dog from behind the camera. The truck had stopped moving before the dog was released. The route for the dog was checked by the trainer prior to the shot and the dog was led through once to show her the path. The dog ran behind the tracking vehicle, the trainer held a toy beside the slow moving vehicle as the dog ran after them. When the vehicle stopped at point B the trainer threw a tug toy at the dog, and the dog stopped and played with the toy. The truck was never moving when the dog got close.

In the scene where the actor looks out the window and sees a soldier with a dog on a leash, the trainer led the dog to the set. On arrival the dog was given time to become acclimated to the set, walked around on collar and lead. He was then called into position. The film pathway was a ten meter path through the undergrowth along the outside of the fencing leading to the tunnel entrance. The dog was supposed to be doing a routine patrol/sniff. The path was carefully inspected for hazards prior to filming. After shooting the scene, the dog was brought back to his home.

When the motorcycle drives down the road and we see a dead horse on the side of the road, the horse was fake. Production and prop’s department provided American Humane with the receipt for fake horse.