When he abandons his semi-retired status to help recapture an agent held hostage in the field, Ethan Hunt (Tom Cruise) becomes embroiled in a mission to search for the elusive "rabbit's foot" and endangers his unsuspecting fiancée in the process.
Modified Certification 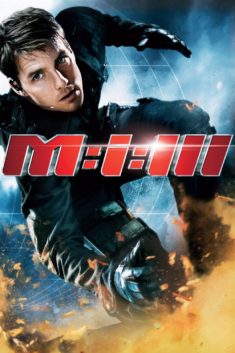 A yellow Labrador retriever called “Buster” appears in two mild scenes: first at Ethan and Julia’s (Michelle Monaghan) engagement party and, later, in the car with Ethan when he parks in front of a convenience store. Trainers introduced the dog to Cruise beforehand to ensure both parties’ comfort. Per the director’s request, the dog’s action at the engagement bash was unscripted, and trainers allowed Buster to meander naturally amid the party guests. During one take, the dog licked some peanuts sitting on a chair. Trainers remained out of frame at all times. For the shot at the convenience store, the animal handler placed Buster in the vehicle moments before it rolled to a stop in the parking spot and retrieved the dog on cut.

During a helicopter pursuit on a wind farm, a windmill blade breaks off, flies through the air after a misfire, and lands on the ground near a group of Angora goats. The blade crashing into the ground was computer-generated imagery (CGI), and its ensuing explosion was created by two mortar pots loaded with small amounts of powder, peat and cork. Several rehearsals were held to help familiarize the goats to the sound of helicopters, which remained at a safe distance in compliance with American Humane’s Guidelines.

Per the Safety Representative’s request, the special effects team provided a full breakdown and demonstration of the detonation without the animals present to eliminate any potential safety concerns. According to the field reports, the “explosive” sound was actually the equivalent of a large textbook dropping on the ground and caused no distress to the goats. As filming took place in the desert, production had the area checked and cleared of rattlesnakes prior to the shoot, and all snakes were carefully replaced afterward.