A married couple get more than what they bargained for when they adopt three children.
Full Certification 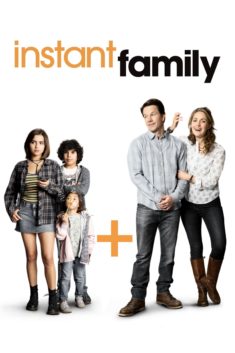 Throughout the film, the family has a pet dog, who is seen performing such mild action as sitting/standing/lying, being held or petted, and walking/running on or off leash. For all of these scenes, trainers used hand signals and verbal commands to cue the mild action, which the trained dog was accustomed to performing. The barking/growling was also a trained behavior.

In the scene when the actor comes home and the dog walks out of his bed and greets him, prior to shooting the scene, the dog was introduced to the actor who gave him several treats. The trainer asked the dog to lie down on a large dog bed. A trainer positioned herself outside the window and on action called for the dog to look out the window. The dog jumped on the window and barked.