The new heavyweight champion Adonis Creed faces off with against the son of Ivan Drago.
Full Certification 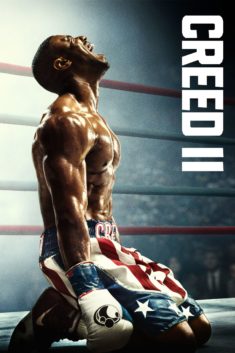 In the scene where the actor talks on the phone in his living room and we see an aquarium in the foreground with turtles inside of it, the turtles were brought to the set by the trainer. The turtles were experienced and familiar with travel and being handled by a variety of people. After placing the turtles in the aquarium the turtles simply swam and explored their environment in the aquarium. The tank was constructed to the trainer’s specifications. They filmed the actor walking in the background, on the phone. The trainer brought the turtles back to their holding area after filming.

In the scene when Rocky takes Adonis to a boxing camp in the middle of the desert and there were several shots of a dog in a cage outside, barking maniacally, the American Humane rep talked to the production about the dog’s housing, making sure it was cool enough in the hot location. The trainers took every precaution for the working dog. They filmed with the dog early in the morning when the temperature was cooler and the area where he was filmed was in the shade. After filming the scene the dog was brought back to his trailer in the area which was air conditioned.