Monitored: Acceptable A mother gives her son a toy doll for his birthday, which has a deadly glitch. 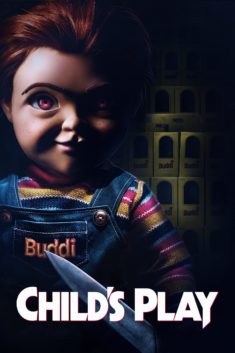 Throughout the film, the main character has a cat who is seen performing such mild action as sitting/standing/lying, being held or petted. For all of these scenes, trainers used hand signals and verbal commands to cue the mild action, which the trained cat was accustomed to performing. The hissing was also a trained behavior.

In the scene where a group of teenagers walk down the hallway and talk to the boy and his doll and the dog jumps and barks at the doll, on cue the trainers had the dog pull towards some chicken they tossed on the floor. They told the actor to fake as through the dog was pulling him along. Both trainers tossed chicken on the ground, then one of the trainers cued the dog to “get it.”

Due to limited resources, American Humane Association did not monitor some of the cat action.