Cherry drifts from college dropout to army medic in Iraq - anchored only by his true love, Emily. But after returning from the war with PTSD, his life spirals into drugs and crime as he struggles to find his place in the world.
Modified Certification 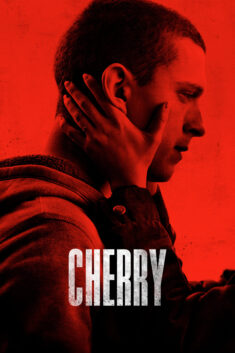 In the scene where the army trucks drive through a village, and they pass camels, chickens and dogs in the background, the trainers brought all the animals to the set prior to filming. The dogs, goats and donkeys live together so they were used to being around each other. Smoke from special effects was a safe distance away from the animals. The props tied to the donkeys were all empty and light weight. The chickens were brought to set in crates. The dogs and donkeys came on lead. The goats were herded onto set. The set was a dirt road in a neighborhood of adobe buildings. The dogs were placed with extras and were walked approximately 100ft in different directions along the road.

In the scene when the actress comes home and the dog barks in the background, the trainer placed dog in a sit stay on her mark in the kitchen.

Due to late notification and/or limited resources, American Humane Association did not monitor some of the dog action.