Based on the popular memoir, Beautiful Boy chronicles the struggle of a son’s addiction, and a father’s struggle to save him.
Full Certification 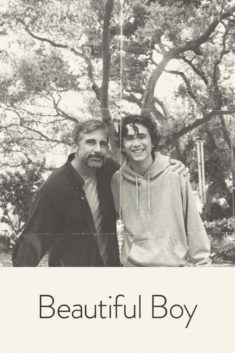 Throughout the film, the main character has two pet dogs, who is seen performing such mild action as sitting/standing/lying, being held or petted, and walking/running on or off leash. For all of these scenes, trainers used hand signals and verbal commands to cue the mild action, which the trained dog was accustomed to performing. The barking/growling was also a trained behavior.

In the scene where the actor is in the kitchen with kids in the backyard and the dog barks, the dogs were brought to the backyard by their trainers. The trainers were at opposite ends, establishing travel start/end points. Each dog was released by their trainer on opposite sides of the yard. The trainers cued the dogs to bark on action. After shooting the scene the dogs were paid with a treat.

In the scene where the family hikes up a trail near the beach with the two dogs ahead of them, the trainers walked the dogs on leash to the path. The trainers got the dogs accustomed to the trail before shooting began. The trail was fairly close to cliff edges (at least 30 feet away) in some areas. The dogs were on leash in between takes. Water was provided at all times. Security was on site and were located on the periphery of the shooting location. The dogs were well trained with voice commands to come to the trainers and to stay.