Marcus and Mike are forced to confront new threats, career changes, and midlife crises as they join the newly created elite team AMMO of the Miami police department to take down the ruthless Armando Armas, the vicious leader of a Miami drug cartel.
Full Certification 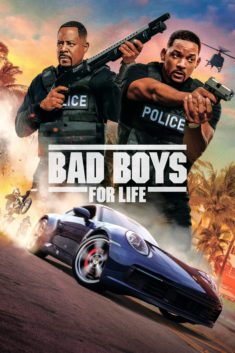 In the scene where the man approaches a motorcycle that has a sidecar with a pit bull inside of it, and the pit bull jumps out and the man gets inside, the trainers walked the dog to set and introduced him to the actors. The action was rehearsed without gunfire. The scene began with characters Mike and Marcus getting out of an SUV with a flat tire and running toward the parked motorcycle. In the deep background the biker gang ran around on foot pretending to shoot at each other. On action, when the actor yelled at the dog to get out of the sidecar, a trainer off-camera called the dog to him. The dog ran to the trainer.

In the scene when the actor approaches the building and we see two rats eating on the ground, the trainers brought three rats to the set and placed them on their mark. Several rehearsals were performed with one rat and all went well. Both rats were held inside of cardboard boxes which were open at both ends until the action began. The trainer picked up both boxes when filming began and quickly walked behind camera. On action, the trainer released the rats and let them eat the feed on the ground.